We have over forty years’ experience of being actively involved in the running of Shoots up and down the country. This includes running our own Shoots, which has included two Pheasant and Partridge Shoots and three Grouse Moors. All have been long term projects, including significant rejuvenation work. For example, when we took on the Lease of the Knarsdale Grouse Moor in 1990, the average annual bag was less than 700 brace shot off over 15,000 acres and the all-time record then was 3,600 brace. By the end of our twelve year Lease, the average annual bag was 3,000 brace and the record annual bag had increased to 5,400 brace; this at a time of significant loss of heather cover.

Of the approximately 240 Grouse Moors in the UK, we have been involved in nearly 100 of them.  Our consultancy and management work ranges from full management consultancy to undertaking one off projects.

We are involved in Grouse Moors from the southern end of the Peak District, right up to the Scottish Highlands and have unusually, also been involved in a Welsh Grouse Moor.

We are often brought in to advise on how a Moor can be improved or to deal with problems with staffing, conservation schemes, Tenants/commoners, statutory restrictions (to include from Natural England or NatureScot), to produce a Moorland Management Plan or to value the Moor for family succession planning, taxation or dispute purposes.

We have experience of over 100 Pheasant and Partridge Shoots throughout the UK. This ranges from large scale commercial Shoots, right down to small very private Shoots, with perhaps a part time Keeper or even on occasions, a self-help project. Our Shoots vary from wonderful terrain capable of showing awesome birds, to rather flat ground where we use our expertise to markedly improve the quality of the sport on offer.

We are often asked to design new woods or game crops to create a new Shoot or help improve returns. In recent years returns of birds shot compared to those released have been poor in many Shoots and we have many years’ experience of how we can help improve these. This work will often transform the Shoot’s economics.

Our staff have been involved in the management of Fisheries, both Stillwater and Rivers for very many years. These include the creation and development of Stillwater Fisheries and the management, purchase and sale of beats on Rivers including for salmon, sea trout and trout. We have undertaken work on the Wye, Spey, Tyne, Earn, Usk, Towy, Cothi, North Tyne, Tweed, Test, Derwent, amongst others.  Our advice has included the setting up of Timeshare and Joint Ownership schemes.

We also undertake valuations of Fisheries for all purposes and believe that we have good comparable market evidence to enable us to accurately reflect on their current value, particularly given the declining catch records of most UK migratory Rivers.

As ever, we aim to be practical in our approach and as one of the very few firms of Professionals directly associated with the ownership of a Salmon and Sea Trout beat of fishing, as well as in the past owning a small Stillwater Fishery, we have real hands-on experience. 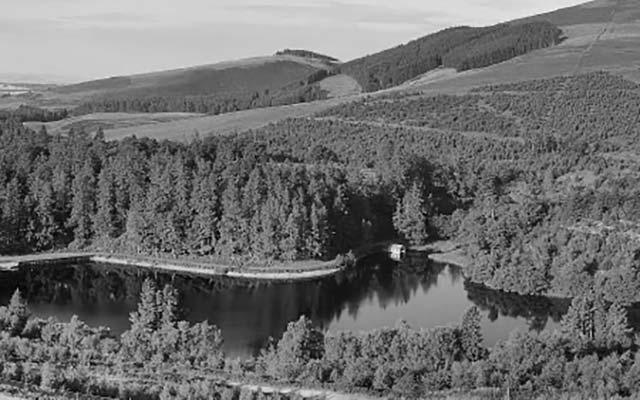